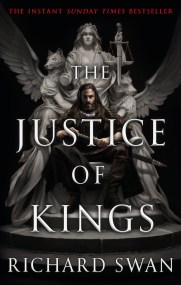 The Justice of Kings

Empire of the Wolf